Yesterday morning, I had the scare of my life and a close brush of

a terrible thing to happen 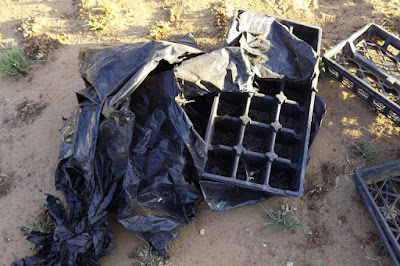 I have been frustrated with the storage shed where I have all differnt kinds of things stored  ,  because the varmints have pushed all of the plastic tubs over and are in there. I did not want to go in there to clean it, but yesterday  morning, something was just bouncing along the walls.
I also wanted to get my plastic nursery crates for my plants.  I opened the doors with a shovel.......nothing came out.  My plastic bag of crates had holes from rats and was lying at the door. I picked up the plastic bag and carried it out.  I laid it on the ground and started pulling out the crates from the ruined bag..........then I reached to pick up the last larger plastic planter.........and I heard a slight rattle.  Before I had time to think, out popped a rattlesnake's head and missed my arm by an inch! He was in that bag all of the time as I carried it out! 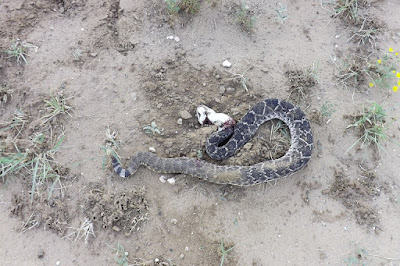 As I have told you in previous posts, we are run over with
the now dangerous Mojave rattlesnake that does not rattle to let you know
it is there. It only rattles after it is on the attack.  They are more of a pit viper with
the poison being 16 times as deadly as a cobra.
It then came out so quickly and I was swinging the shovel as it kept striking at me.   but I finally managed to give it a good whack.  It shocked me so much that
I almost fainted and was shaky after I had made it back to the house.
Anyhow, the shed and the well house, which I was going to go after when I got the shed cleaned is going to wait until freezing January.  I am now too scared to poke my head in there!
I feel so very lucky to have not been bitten. 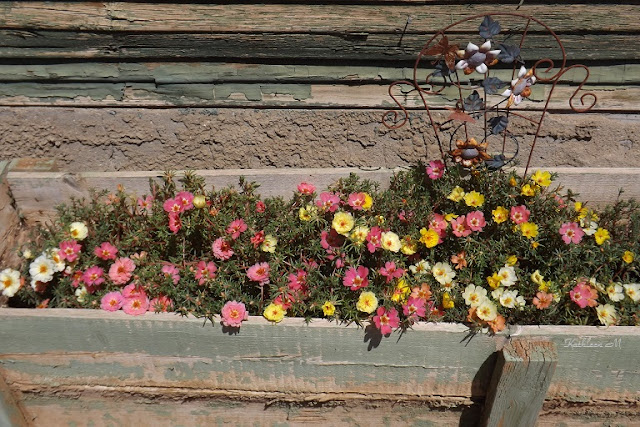 On a happier note......my rose moss is blooming in
all brilliant colors 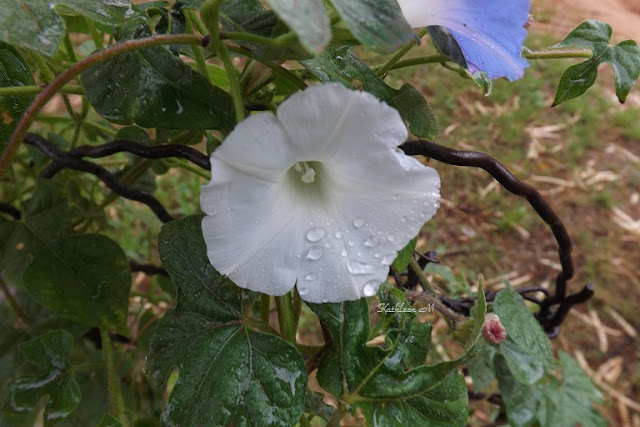 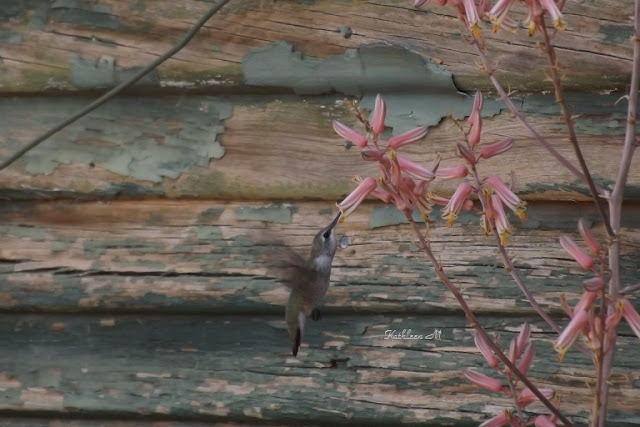 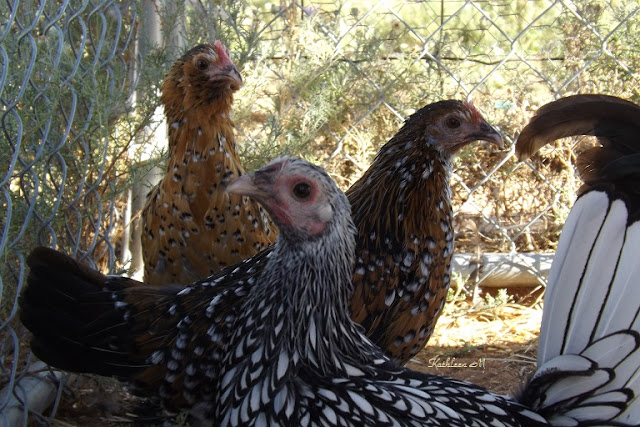 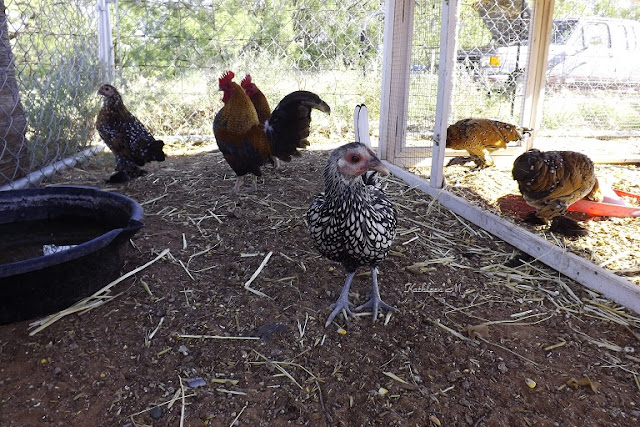 enough to run along with my little roosters, Gus and Tex.
They love their new little hens! 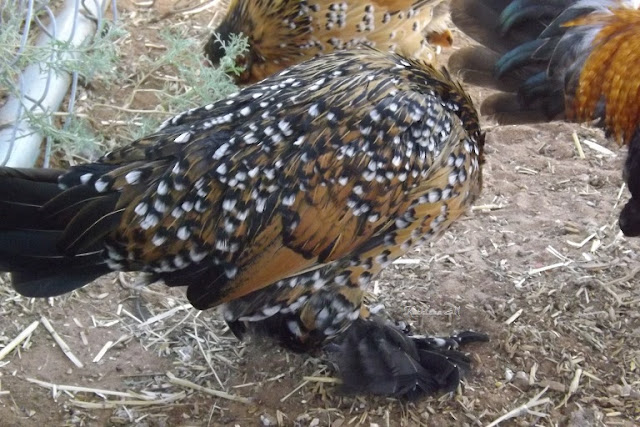 The little Mille Fleur chicks have the
most whimsical feathered feet 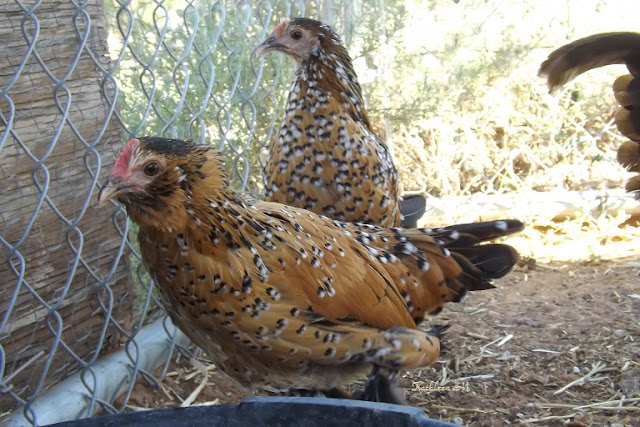 and they are colorfully speckled 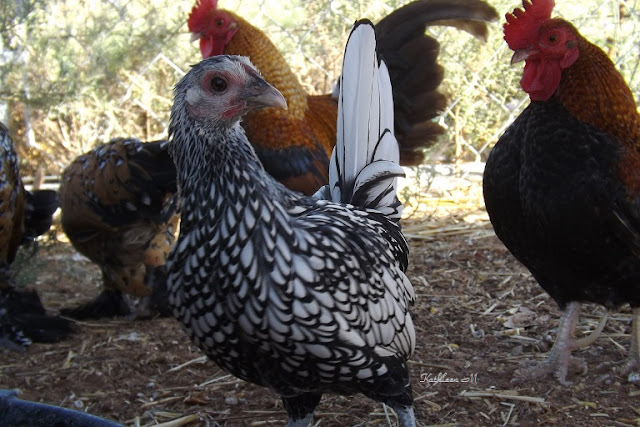 I have one little Sebright hen and she has a lacey
lovely look to her!
So tell me.......
what is happening in your backyard?
Remember, if you are going through storage,
be very careful!

************,
and in answer to your questions  about the little bantams and chickens being in danger from the snakes,  yes, rattlesnakes do find their way into the chicken yard, luckily, the chickens do have high places to jump up to perch on, however the snakes can still crawl up anything.  I constantly check my chicken yard, chicken houses and nests during the day, and then I go out late at night to check because the snake crawl at night worse. 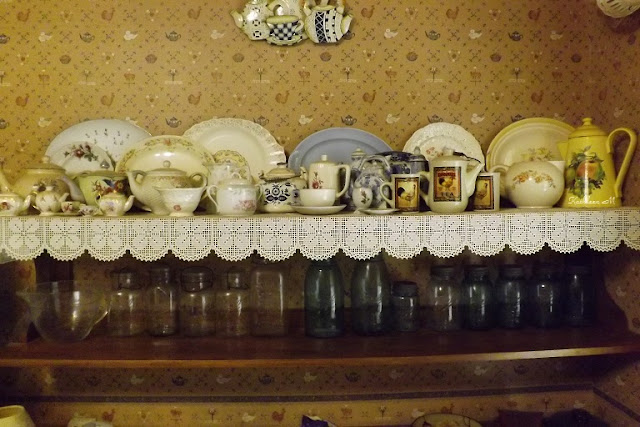 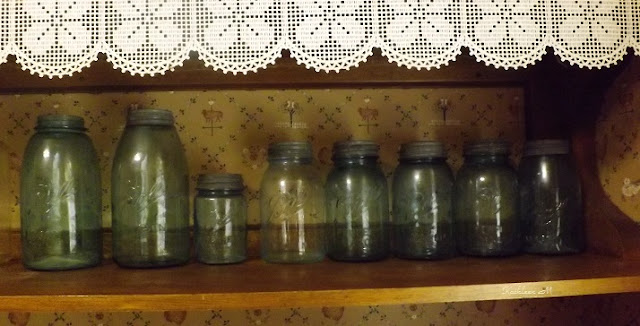 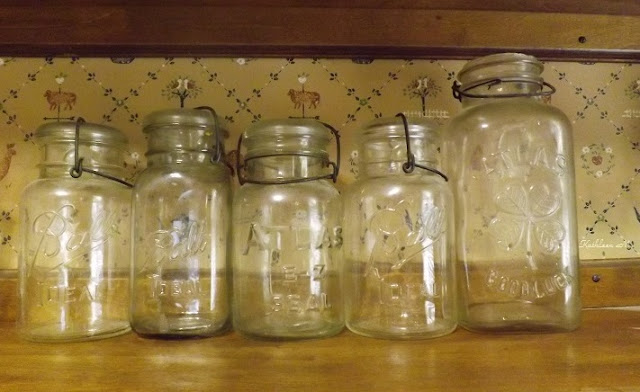 and the intricate designs on the clear Atlas. 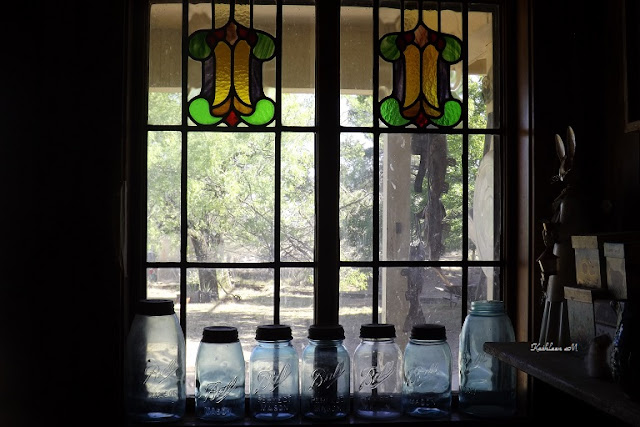 One year at Christmas time, many years ago, when our children were very small,  my mother labored and cooked away in her tiny kitchen and brought her collection of beautiful jars
filled with homemade fudge, chocolate drops..........and cookies of every shape and flavor. Some she filled with her homemade picante sauce.............which I can never make taste like hers........no matter how many times I make it.  So many jars.......all filled with homemade goodness and love.
Her collection of jars were also a gift for me to keep. 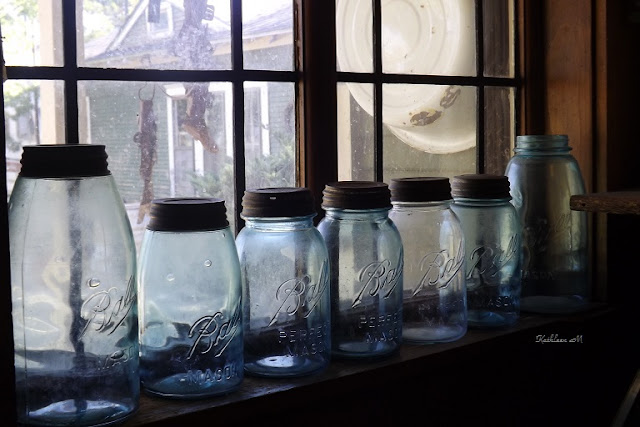 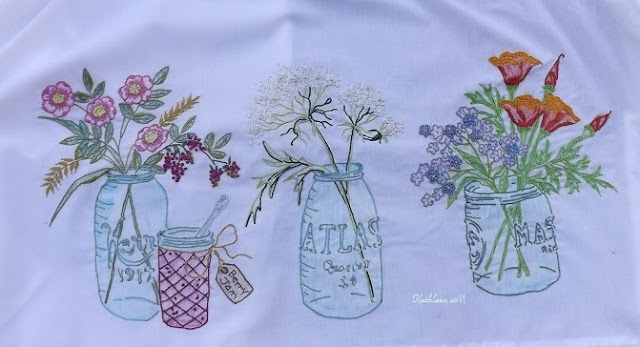 I have reflected on that time and the jars as I stitch away
on my  latest project. I have been embroidering a set of mason
jars, filled with an assortment of flowers.
This is a work in progress on a white blouse.
I still have more designs to put on the shirt
and many hours of embroidery ahead.
So tell me,
do you have vintage canning jars?
Do you use them for decoration.....or for filling with goodies?
I would love to hear! 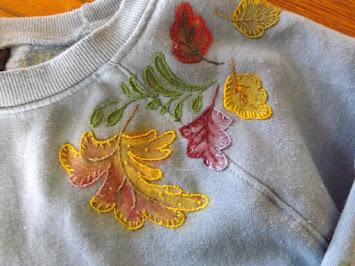 Paint, Floss, and A Sweatshirt