Beside the chicken yard and the zinnia garden 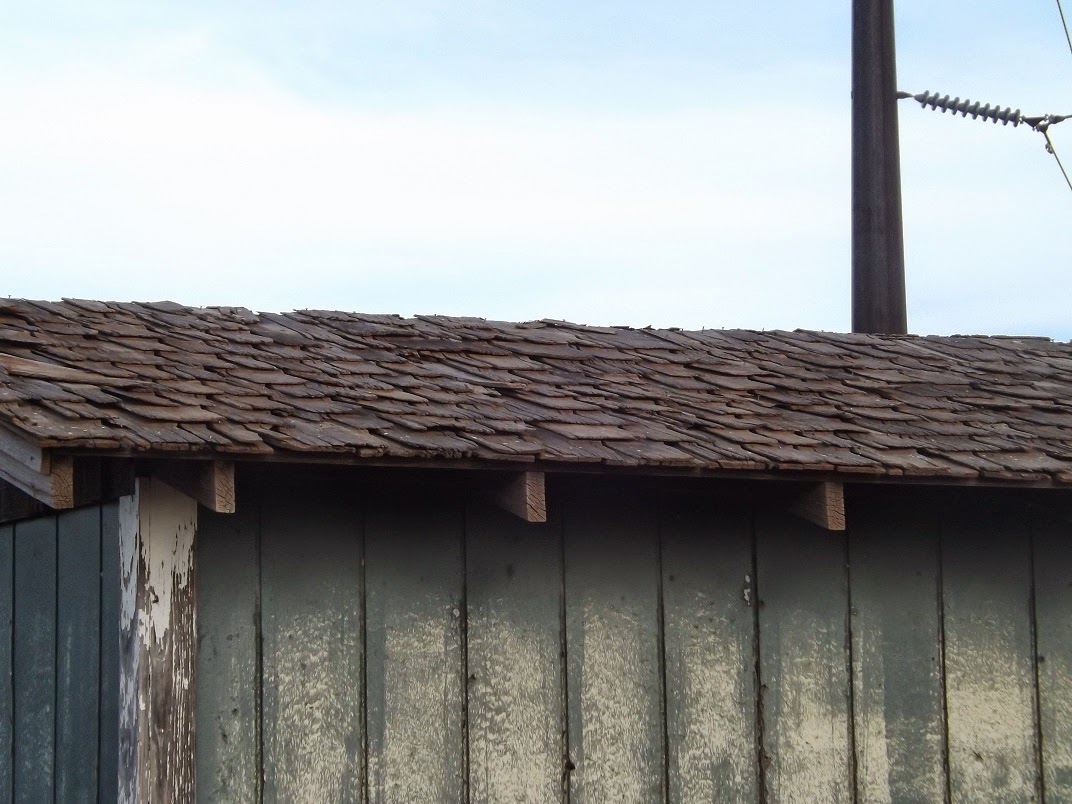 and in much need 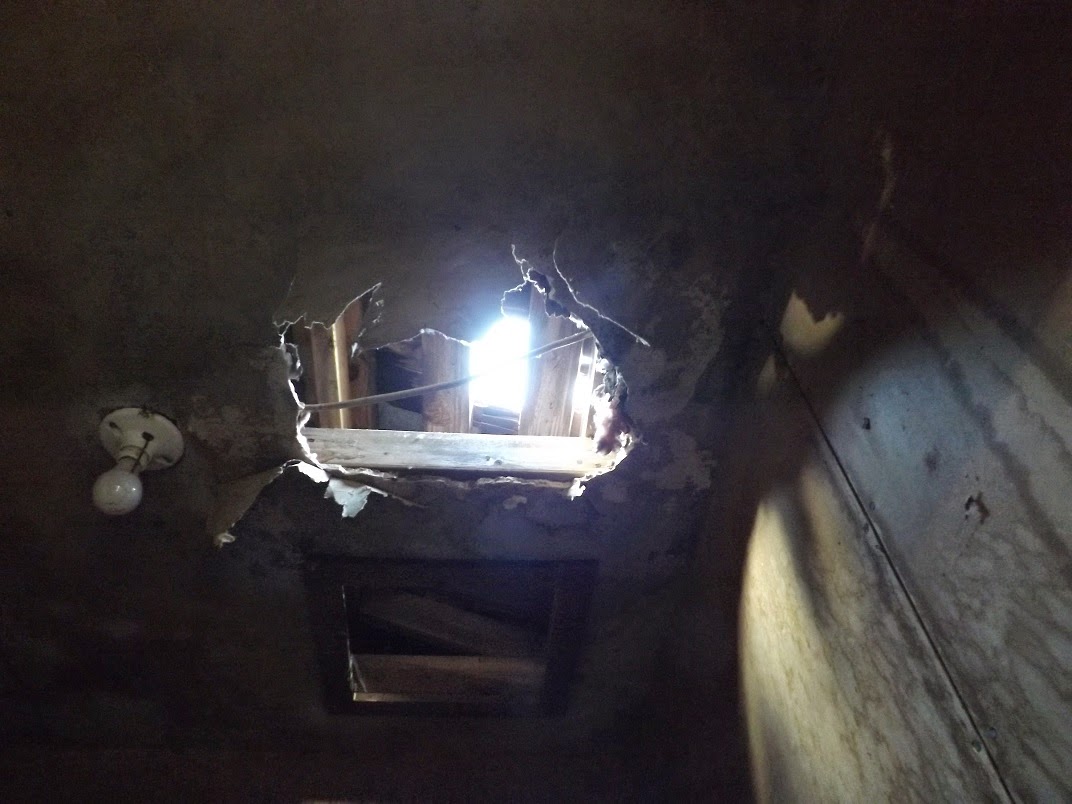 of repair on the outside......and inside. 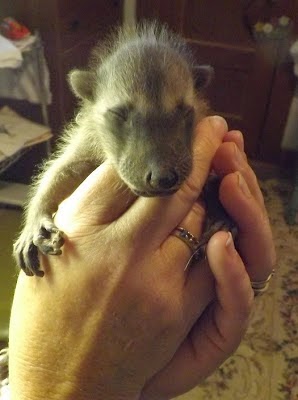 Through the weak spots, something has found it's way to live in the well house
every year.
Last year it was nest of baby raccoon along with a large assortment of rats, mice and snakes.
We finally got supplies gathered and were planning on repairing and sealing off the well house........ 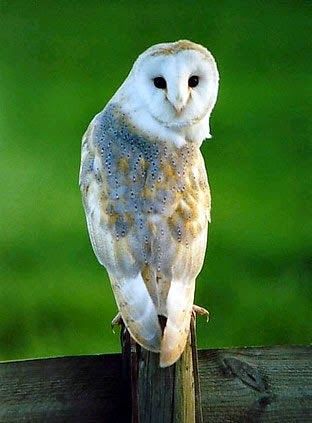 (photo found on the internet)

until the other night, Sophie and I , with flashlight in hand ,
followed a strange clucking noise.........out to the well house.
Sitting on top of it's roof were a pair of beautiful barn/ screech owls. As I walked up and shone the light on them, they stayed still for just a few moments, before spreading their wings and screeching as they flew away. These owls have been here every year and I enjoy getting a glimpse of them. As Sophie and I turned back toward the house, one of the owls returned to the roof of the well house.
The next day, I had gone inside to turn on the pump , when I heard a soft clucking and squeaking above in the rafters......hidden by the remaining sheet rock.. 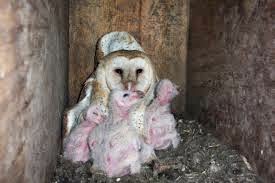 (photo found on the internet)
I realized that we now have a nest of baby barn owls!  I am thrilled!
As much as I want to get a ladder and look into the hole for a great photo,
I don't dare.......because I don't want the mother to abandon her babies.
So now we are waiting for "babies" to grow and fly away and hopefully
we can repair the well house before another tenant moves in.
So tell me............what kind of owls, if any, do you have in your area?
Do you have problems with critters moving into your spaces?
I would love to hear. 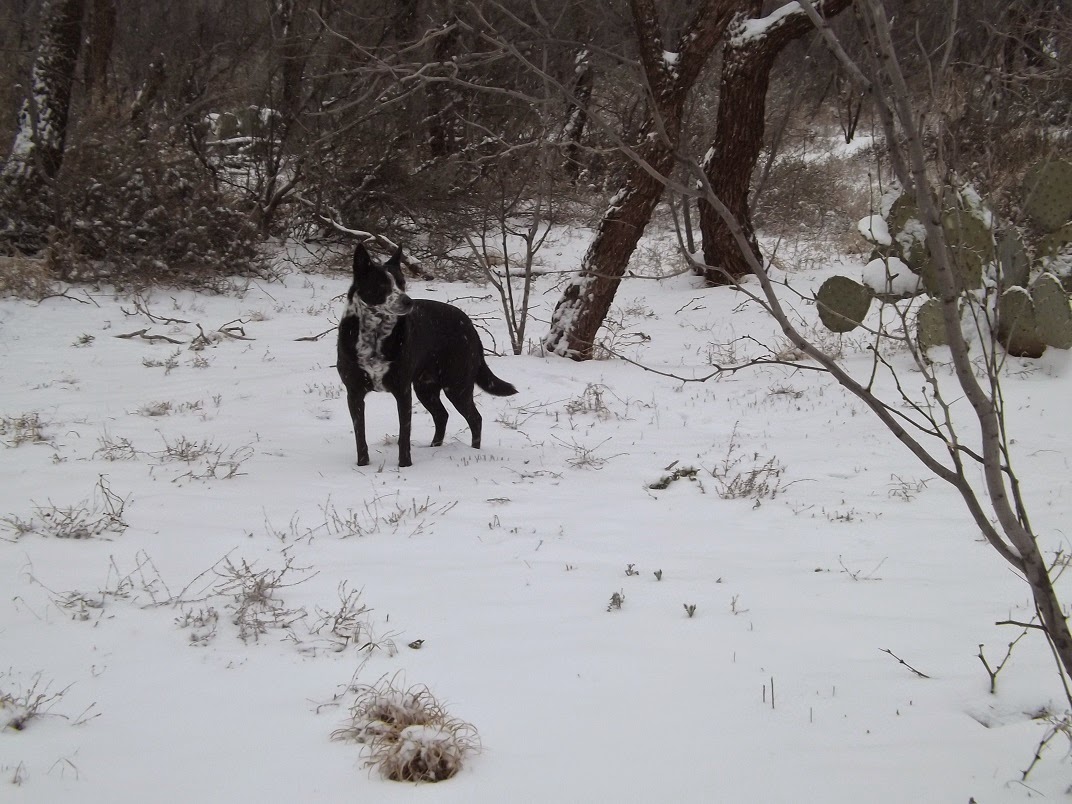 with the grounds in cold slumber. Sophie never tires of walking around in it. 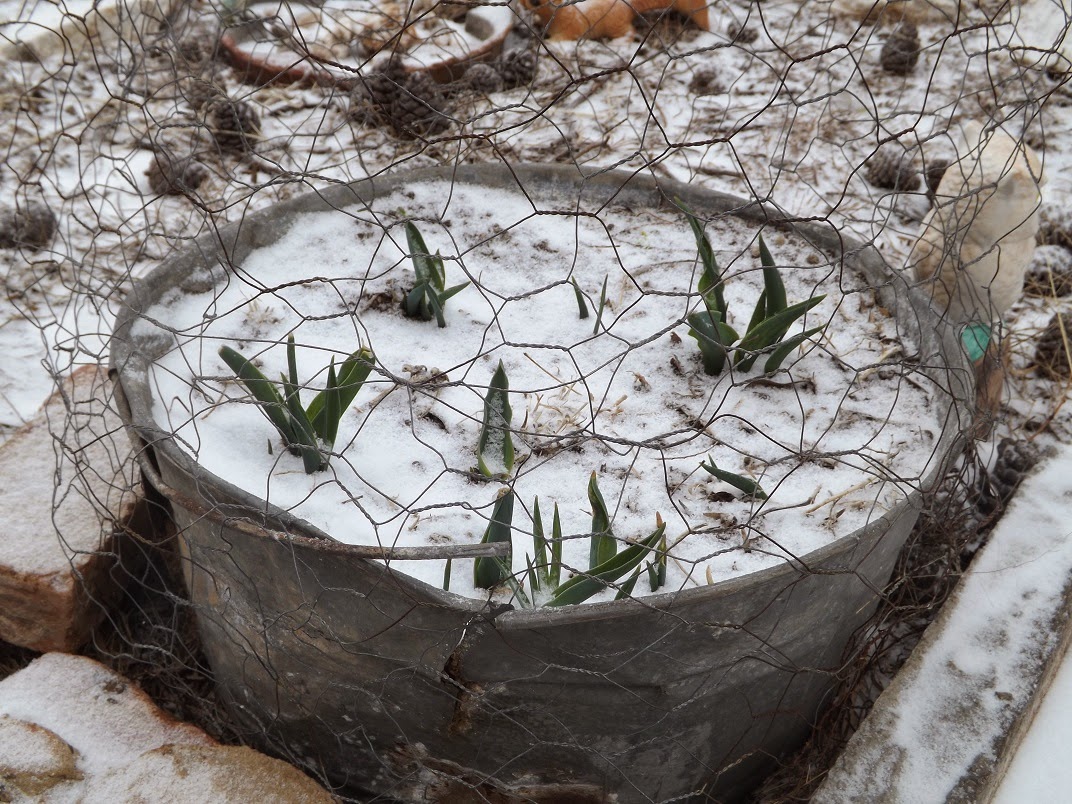 But as the warm weather came and started melting, the grounds woke up and sprang forward their treasure/ 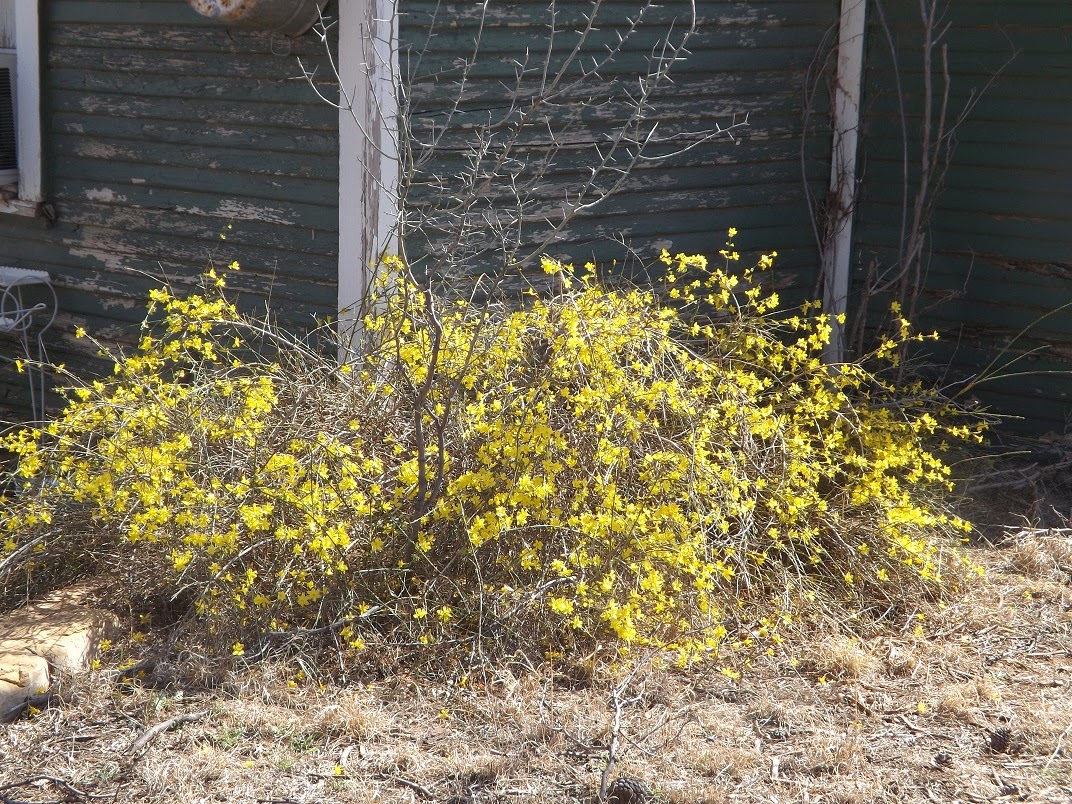 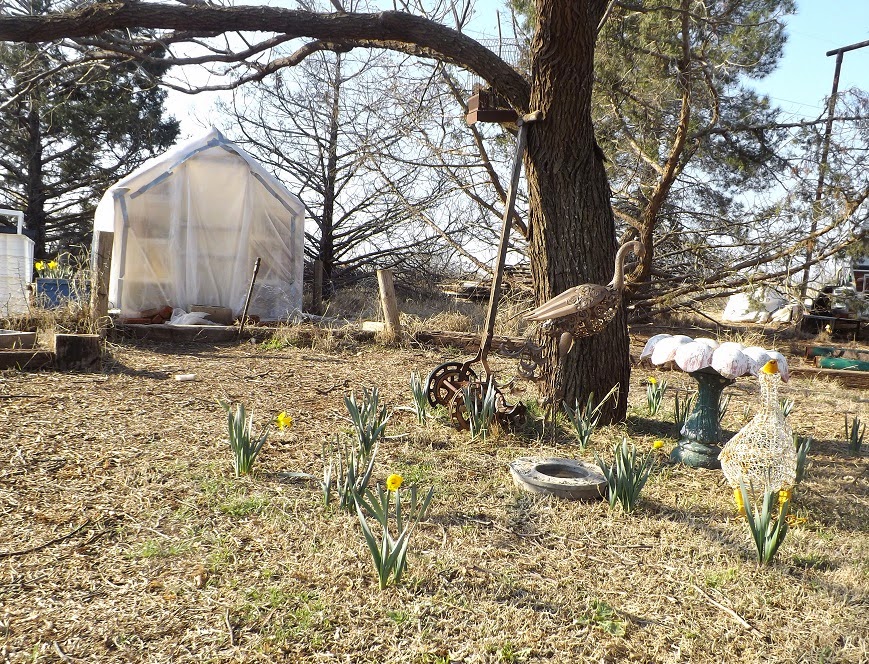 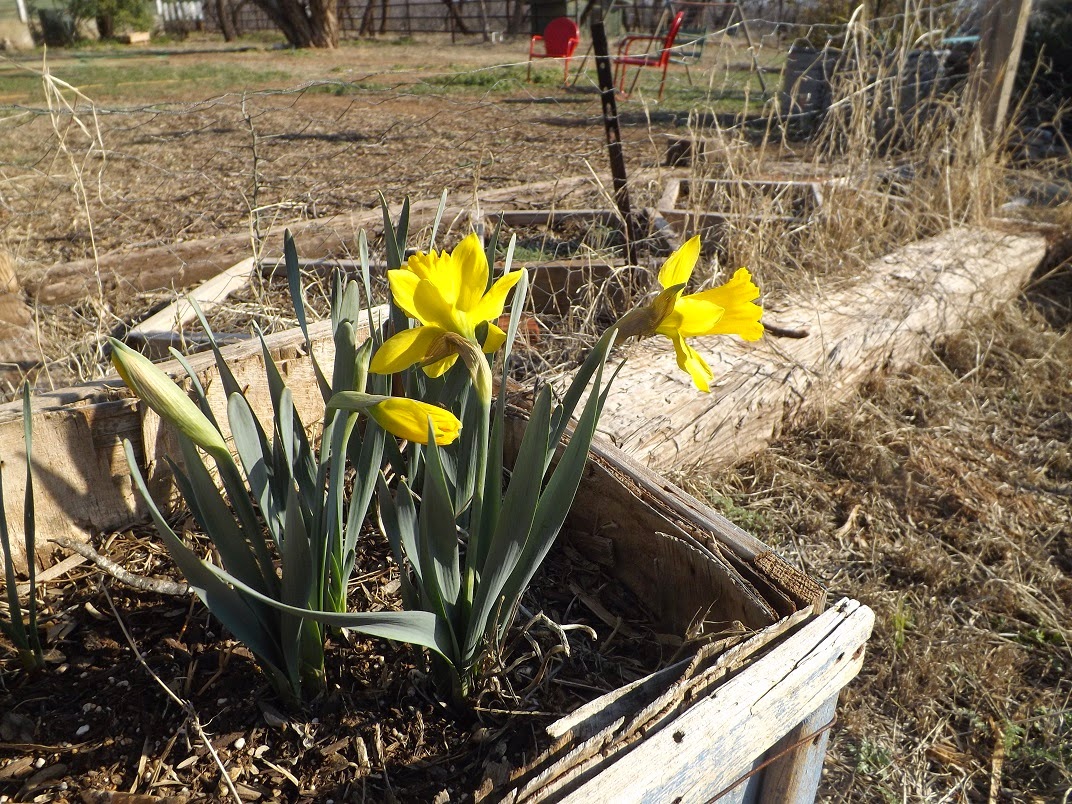 and in every container.
How about you?
Are you still covered in a blanket of snow...........
or are you seeing signs of spring? 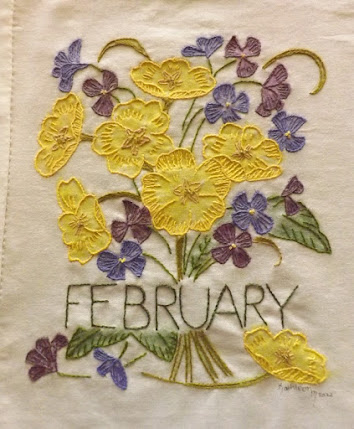